I don’t know much about wrestling. I watched it as a kid and a teenager, I know that it’s enjoying a resurgence in popularity and in variety and diversity, and I know that it’s arguably a performance art that asks almost too much of those who are a part of it at times for not enough payout. It could be, in a way, a reflection of the American dream versus the the American reality, as people work hard, try hard, rely on others and luck and who knows what else to try to get ahead and carve a name for themselves. It feels like a great space to explore noir, as you feel is the possibility of Daniel M. Ford’s Cheap Heat, the second of his Jack Dixon books. It’s a direct sequel to Body Broker, the first novel featuring boathouse-dwelling (in a very anti-Travis McGee fashion) Dixon.

It slots almost within the narrative frame of Dixon’s life as laid out in that previous novel, but you forget about a lot of that as a mystery immediately opens up involving an old friend and professional wrestling, a mystery that honestly doesn’t matter because it’s a twist meant less to be a solution to the mystery and more to be a part of the two-fold true focus of the novel, one of which is actually a slowly-unravelling deep dive into the mechanics of the character. Dixon in this novel as he tries to find out who is threatening an old friend who is now an indie-circuit wrestler with a Civil War theme to his gimmick, works hard to hide and control the narrative of his life, and in the conscious writing about that control we actually find out more and more of his past, the ways that he actually justifies his behaviors, and how 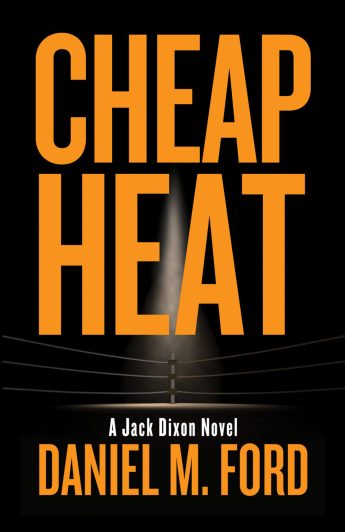 important a lot of the discipline about those behaviors have influenced his life for better or worse.

That word, “discipline,” could arguably be also applied to a lot of Ford’s fiction work (as well as his thoroughly-excellent fantasy trilogy “The Paladin Trilogy”), as characters comment on it, on its power and effectiveness but at the same time the way that concept also has a level of negative energy and power over some people’s lives in their enjoyment and day-to-day lives. Discipline gets results but at the same time can make your life miserable, and as a journeyman PI moves through life in this novel he’s weighing the sacrifices he’s made for it, because at so many levels it makes his life miserable. It’s interesting as well that this seems to be unspooling (like the tightly-wound wire coil that Dixon’s life feels) as we get a look through his latest case at the world of the independent wrestling circuit. Like Dixon himself, these characters work hard and push themselves on a day-to-day basis, living in a fashion like Dixon in a way that isn’t that far off from literally also living day-by-day, working to keep above the surface.

Of course, the novel isn’t just a deep-dive character study of a unique life, because even though the mystery isn’t necessarily the main focus, the last 1/4 of the novel snaps into brisk action that suddenly brings what could arguably feel like a scattered and almost too-easy mystery and side-stories into a single narrative. It feels lean and utilitarian in the fashion of the character himself, stripped-down to a manner that could almost be harmful to the wielder, but is even more dangerous to those who are the target, a dangerous hidden shiv versus the fancy mall-ninja lockblade knife of other detectives.

Jack Dixon throws himself into danger and violence when he absolutely has to, and while he hates it, his rage against those who target him and his slowly-growing found family is a rage that truly represents something unique. It’s the rage of protection, but not in a patriarchal and condescending way, simply one that shows just how deeply we can care about those around us. And now that we’ve learned more about Jack, we’re even more scared of what he’s truly capable of.

Cheap Heat is published by Santa Fe Writer’s Project and is on sale May 1st. You can pre-order it here.

“The Means At Hand” & all related material © Constantine Koutsoutis unless otherwise noted.